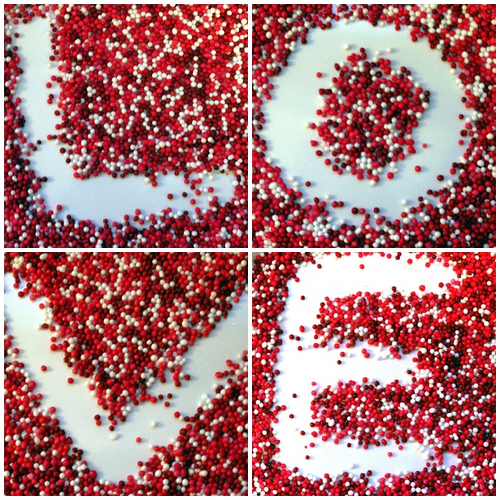 1. Valentine’s Day started with the Romans. There are two theories about the origin of Valentine’s Day. The first is that the day derives from Lupercalia, a raucous Roman festival on February 15 where men stripped naked and spanked young maidens in hopes of upping their fertility. The second theory is that while the Roman Emperor Claudius II was trying to bolster his army, he forbade young men to marry (apparently single men make better soldiers). In the spirit of love, St. Valentine defied the ban and performed secret marriages. For his disobedience, Valentine was executed on February 14.

3. Single ladies have a good shot at finding a date. There are 119 single men—never married, widowed or divorced—in their 20s for every 100 single women of the same age.

4. True love is apparently not that hard to find. Over two million marriages take place in the United States every year. That means there are more than 6,000 a day!

6. Roses are the flowers of love. The favorite flower of Venus, the Roman goddess of love? The red rose, of course. The bud stands for strong romantic feelings, so it’s no surprise they make up the most popular Valentine’s Day bouquets.

7. “Wearing your heart on your sleeve” is more than just a phrase. In the Middle Ages, young men and women drew names to see who their Valentine would be. They would wear the name pinned to their sleeve for one week so that everyone would know their supposed true feelings.

8. Money can buy love. The average U.S. consumer spent around $102 on Valentine’s Day gifts, meals and entertainment in 2009, according to an annual U.S. National Retail Federation survey. Roughly 92 percent of married Americans with children will spend most of that money (about $67) on their spouse; the rest goes to Valentine’s Day gifts for kids, friends, coworkers and even pets.

9. Americans have a serious sweet tooth. According to the National Confectioners Association, about eight billion candy hearts were made in 2009.

10. The chocolate box has been around for more than 140 years. The first Valentine’s Day box of chocolates was introduced by Richard Cadbury in 1868.